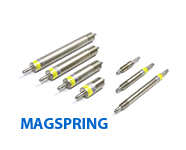 MagSpring products can best be described as "magnetic springs." The term "spring", however, is to be understood to mean that MagSpring components generate a constant force over their entire working range, while the characteristic curve for a typical mechanical spring shows an increase in force with increasing displacement. The generation of force that is independent of the stroke makes MagSprings preferable for balancing weight forces in vertical drive applications. 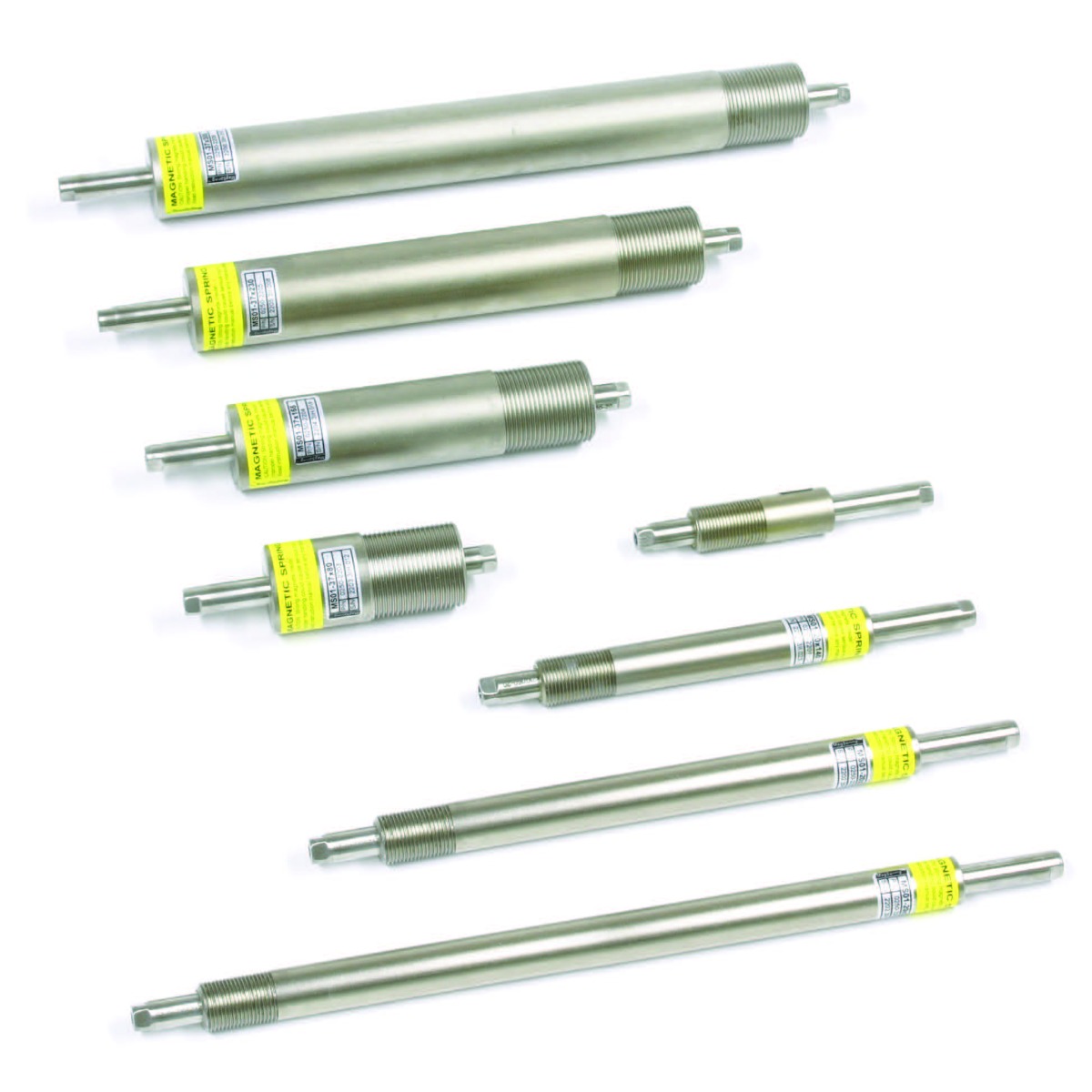 The mode of operation is based on the attractive force of permanent magnets. Accordingly, no energy source (electricity, compressed air, etc.) is needed. The special design of the flow-guiding components and the magnets translates the strongly non-linear relationship between force and displacement in magnet-iron arrangements into a constant force curve. Depending on the strength class of the MagSpring, the permanent magnets are either in the stator, in the slider, or in both components. The slider is guided by an integrated plain bearing, so that MagSprings can be used comparably to gas pressure springs in a design.

WEIGHT LOAD COMPENSATION: Linear motors and other direct drives must provide a constant force in vertical orientations, in order to oppose the weight load. Using a MagSpring installed in parallel with the linear motor, this weight load can be passively balanced. The linear motor is then only used for the actual positioning operation and dynamic forces, and can therefore be correspondingly smaller in design.

APPLICATION OF CONSTANT FORCE: Thanks to the constant force-displacement curve, many other applications are possible, such as the generation of a constant press force, regardless of position; application of a constant holding force across a large stroke range; or single-sided force support in drive applications. The effective force is in the range of +/- 10% of the nominal force, due to material and manufacturing tolerances.

HOLDING FUNCTION (POWER OFF): Since MagSprings are purely passive elements, a defined function or position of a device can be ensured in a power-off condition. For example, a gripper or press head on a vertical mount can be held up, or a slider can be pushed in or pulled out with a constant force.